These war heroes face another kind of danger

Oakton, Virginia (CNN)In 2008, Matt Zeller was serving in Afghanistan as a captain in the US Army. One day while out on a routine mission, he and his squad were attacked by Taliban insurgents.

Zeller would have been killed, he said, had it not been for his Afghan interpreter, Janis Shinwari.
“He shot and killed two Taliban fighters who were about to kill me,” Zeller said. 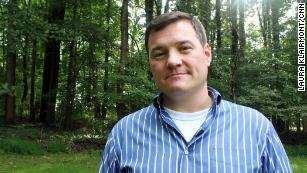 CNN Hero Matt Zeller
When Zeller thanked him for saving his life, Shinwari told him, “You are a guest in my country. It is an honor to protect those who are fighting for us.”
“That day we became brothers,” Zeller said.
After that, the Taliban placed Shinwari at the top of their hit list. Before Zeller returned home, he promised he would do everything he could to bring Shinwari and his family to safety in the US. It took Zeller more than four years to help them get their Special Immigrant Visas.
The interpreter and the soldier realized thousands like Shinwari remained vulnerable in Iraq and Afghanistan. In 2013, they co-founded the nonprofit No One Left Behind to help other interpreters who’ve put their lives at risk to work with US troops.
The group has since helped more than 5,000 translators and their families come to the US, guiding them through the visa process. The organization also provides resettlement and support services upon their arrival, such as finding permanent housing, home furnishings, job placement and language skills. 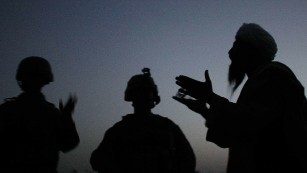 The allies the US left behind
CNN’s Laura Klairmont spoke with Zeller about his work. Below is an edited version of their conversation.
CNN: In what ways are Afghan and Iraqi interpreters essential to our troops?
Matt Zeller: These individuals fight shoulder-to-shoulder with our troops. My interpreter was more vital to the survival of my soldiers than our weapons.
I could always shoot back and use violence, but that was always the option of last resort. An interpreter was the individual that ultimately prevented that escalation of violence. They were the individual that could diffuse a tense and confusing situation.
Janis was a cultural bridge. He was my voice to the Afghan people and their voice back to me.
CNN: What sacrifices do these translators make?
Zeller: They’re proud patriots who signed up to defend their country and to help us with our military’s mission over there. In so doing they put themselves and their families at extreme risks. The Taliban used to send us the body parts of interpreters that they would capture and ultimately kill as warning messages to our translators that this is what would happen to them if they continue to serve with us. Janis was hunted. Taliban assigned a hit team to go after him and his family. There were bounties placed on their heads. 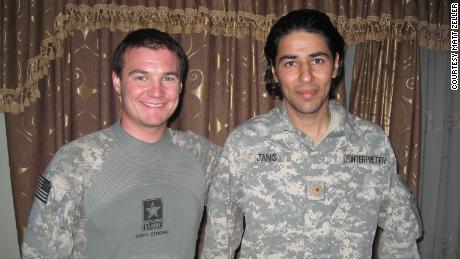 When my tour was ending, I had to say goodbye to Janis, and I remember it was the hardest goodbye of my life. I remember thinking I might never see my guardian angel again. How would I be able to repay him if I’m on the other side of the world and he’s suddenly very much still in danger? I remember feeling a profound sense of guilt and angst that I would not be able to protect him anymore. Because this is the thing about translators: I was going home to my family. He was going on to the next unit and the next mission. And he did that over and over and over again for nine years.
CNN: What’s the process they go through for Special Immigration Visa approval?
Zeller: There’s a tremendous amount of red tape that interpreters can get caught in during the visa process. The average length of processing is anywhere from four to five years. They have to prove also that they’re in duress because of those years of service. And then they have to pass the most comprehensive national security background investigation. When members of the government talk about merit-based immigration, I can think of no greater merit than saving the lives of American soldiers in time of war.
CNN: What inspired you to start this organization?
Zeller: When Janis came here, it was up to me to find him a place to live, to help him get a job and his children enrolled in school and his wife into English classes. And I suddenly felt very overwhelmed.
With the generosity of friends and family and complete strangers who had seen the coverage of our reunion on the news, we raised over $35,000. But Janis said, “Brother, I can’t take the money.” He started naming all the translators who served on our outpost back in Afghanistan. “Don’t they deserve to be here too?” he said. “Do you think we could use the money to start an organization to do for them what you’ve done for me?” Well, that was the birth of No One Left Behind. It started because he insisted that we pay it forward.
When we were guests in their country, they did such a profound and amazing job taking care of us that the least we could do is show them the same courtesy. We owe these people a great debt of gratitude. We also owe them a chance at a new and better life. We want them to feel as if they’re part of the greater community of veterans who are going to step up and take care of them.